THE PRICE is a VR-puzzle game created in a project with the goal to change the behaviour of the player. In the game the goal of the player is to find out, who the culprit of the car accident is by investigating the accident in VR. My role was to design the accident itself, the characters, the clues, planning and user testing.

The goal of this project was to change the behaviour of the player to the best. We were supposed to choose a campaign and support it with this game.

We decided to create a VR-game to create a much bigger immersion and a higher impact, while playing (And much more fun, while testing).

The gameplay consists of teleporting around the car accident and finding clues. After finding all the clues they will have to investigate them and decide, which one of the three participants the real culprit is.

I created participants with depth and an own personality. Each shown by the clues and their flashbacks, which I mentioned before. For example I have aggravated the cruelty of the father's death by showing the player messages from his wife and the fact that he is the father of a newborn. 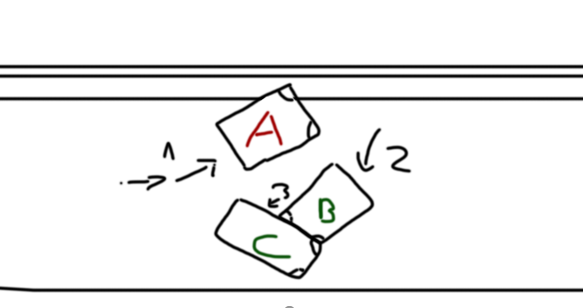 Subject A (drunk) drove into oncoming traffic after losing the control of his car. Subject B tried to dodge by driving into the oncoming traffic. He did not see Subject C coming.

After designing this simple level layout I designed a character and clues for each subject, which you can see in the tab before. (Subject A = Young man, Subject B = Father, Subject C = Old woman).

When every asset (Model, Textures...) was finished, I created the final scene in Unity: